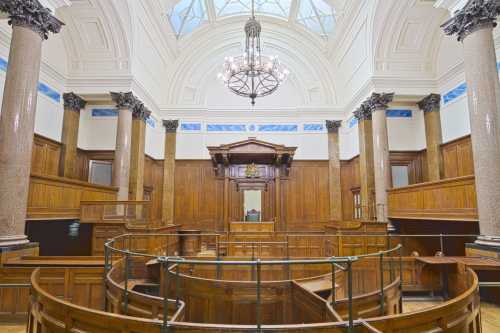 You’re a new mom, and wanting to give your baby the best, you breastfeed. Of course it isn’t easy. You’re on call around the clock. Because that’s what moms do best. But then it happens, you receive a summons for jury duty. First, you may think, will the judge excuse me? Then, you consider it further, what if the judge doesn’t excuse me from serving? What options are available to me?

These are all valid questions. While it’s true that breastfeeding has finally begun to earn the respect it deserves, many places are still far from welcoming to nursing mothers. Visits to courthouses make one thing clear: private lactation rooms are scarce. So, if you find yourself in this situation, here’s a quick guide to breastfeeding and jury duty.

Making the Case to be Excused from Jury Duty

If you’re unsure as to whether or not the judge can excuse you from jury duty, check your local state laws. At least fifteen states provide excuses from jury duty to nursing mothers. Those states are California, Connecticut, Idaho, Illinois, Iowa, Kansas, Kentucky, Michigan, Montana, Nebraska, Oklahoma, Oregon, South Dakota, and Virginia. But what if your state doesn’t appear on this list? Rest assured, you may have other options.

Most judges are lenient toward nursing mothers. This can be especially true in courthouses without dedicated lactation rooms (more on this later). But plan ahead. Obtain a note from your physician detailing your need to nurse and pump.

However, if you are a working mother, don’t expect this level of leniency. It’s not fair. While a working mom can pump at most work places, many courthouses don’t offer this level of privacy. Instead, working moms often find themselves at a disadvantage when seeking excusal from jury duty to pump or breastfeed. Why? Because the court will assume that you, as a working mom, have sufficient child care coverage in place. It’s a double standard that working moms constantly struggle with.

When looking for excusal from jury duty, know your options. Be prepared to address the judge with the importance of breastfeeding. Always maintain a high level of decorum. Since court policies do not allow children and infants to be in courtrooms, you may have to find childcare while on jury duty. Collectively, this places a burden on nursing mothers and caregivers that the courts find compelling to grant excuses from serving as a juror.

While breastfeeding mothers have earned many victories in the right to publicly nurse. All fifty states (along with the District of Columbia, Puerto Rico, and the Virgin Islands) now protect the rights of mothers to nurse in public. However, those same rights do not always extend to pumping breast milk. As such, courthouses often lack access to private, clean, and comfortable spaces to privately pump. Furthermore, some moms face scrutiny from courthouse staff over pumping. It’s unfortunate that these issues remain.

If you choose to honor your jury duty commitment, or cannot obtain an excuse, know your options. Call the courthouse beforehand to know what facilities are available for breastfeeding and pumping. Find out the security guidelines in place for carrying pumping equipment into the courthouse. Finally, if possible, have a note from your physician ready that explains the necessity to pump your breastmilk while on jury duty. While most judges will show empathy, a physician’s note always carries weight.

Although all fifty states (along with the District of Columbia, Puerto Rico, and the Virgin Islands) protect a woman’s right to breast feed in public, only thirty states, D.C., Puerto Rico, and the Virgin Islands exempt breastfeeding from indecency laws. Twenty states—a sobering number—do not make this exemption. Before jury duty, know your state’s laws. If you’re seeking an excusal, this fact could also weigh in your favor.

As of now only one state, Illinois, has enacted legislation that mandates lactation rooms in its court houses.

Many states have enacted statutes protecting breastfeeding in the workplace. However, these laws do not make dedicated lactation spaces a requirement for compliance. Hence, the lack of proper lactation rooms in our courthouses. This is discouraging given the fact that the courts serve families on a daily basis.

In January 2019, the American Bar Association adopted Resolution 101A that “[e]ncourages federal, state, local, territorial, and tribal legislatures and court systems … to support and assist with the establishment and maintenance of lactation areas in courthouses.” The resolution is not law, but coming from the ABA it does raise awareness. It also adds a layer of importance that courts and government bodies may consider.

Initially, lawyer mothers sought the resolution because they could not find adequate lactation areas in courthouses. As their primary workspaces, these women faced the same challenges as potential jurors: lack of privacy and staff who were less than accommodating. Realizing the power they had, and with the backing of the ABA, they drafted the resolution and ushered in its adoption. Furthermore, the Young Lawyers Division of the ABA realized that this was more than an attorney issue. As such, the resolution seeks lactation areas in in courthouses that are open to all members of the public.

While not binding in any way, this resolution is significant in raising awareness. Nursing mothers know that it is tough to find a good place to nurse away from home, and now, hopefully, people who can make some changes know it to.

Know Your Rights and Resources

Jury duty is a civic obligation. It’s a cornerstone of our judicial system. Know that courts routinely make reasonable family and medical exemptions to jury duty.

If summoned, contact your local court clerk. See if there is a form that you can submit prior to appearing. In some instances, the court may grant an exemption for breastfeeding without having to appear.

One thing you don’t want to do is to ignore the summons. In some jurisdictions, nothing will happen to you if you do not respond to a jury summons. In other jurisdictions, the court has the power to enforce the summons through the use of its contempt powers. In most cases, your name will be thrown right back into the hat for jury service and you may be called up again for service and soon.