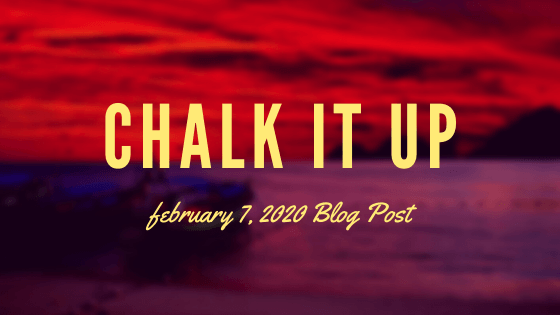 Lately I feel like I have been just a little off the beat with my kids. Either I’ve been a little tired or under the weather, or they’ve been tired or sick, or our connection just isn’t as strong as it has been in the past due to issues I have been having with their dad (we are divorced).

For whatever reason, our life lately has been a little bit like listening to a song where the beat is just a little bit off.

Everyone is a little more on edge, tears are a little closer to the surface, there’s more defiance and limit pushing, and in general, life is a lot more challenging.

I don’t always have the kids after school (just over half time). But when I do, I try to connect with other moms to do a play date at the local neighborhood park or at one of our houses.

In general I think that the kids at this age (elementary school) have enough structured activity in their lives, and that they need to run and jump and play in their free time when they are not in school.

Lately the kids have been sick and the weather has been terrible, so an after school play sessions hasn’t happened (or been that great when we did meet up). They have been fighting a bit more with each other (like siblings), have had less patience with the younger kids, and the games haven’t been that creative.

Usually I bring the stroller and some snacks. I was packing the stroller today, and without really giving it much forethought, I grabbed the bucket of sidewalk check that was sitting on the shelf, along with all the games and art supplies.

I threw it on the bottom of the stroller with the peanut butter pretzels and my water bottle, and then my youngest and I went out the door to get the boys.

We live close enough to walk to school, so we walked over in just a few minutes. While it had been super chilly that morning, the clouds had parted and the sun shone through.

I got my boys, and met the other family we know, and walked together over to the park. The kids dumped their backpacks and ran to the play equipment.

I pulled out the chalk, thinking that I’d just start drawing with it rather than to try and encourage them to do something with it. A lot of times I find that they are WAY more interested in doing something if I do it first, rather than if I tell them about how exciting it is.

All of the kids fell on the chalk immediately after I started drawing a house and a car and then sun, even the littlest one (who is only 18 months old).

I figured they’d play with the chalk for a bit, and then move on to other games (usually involving gathering and throwing acorns at each other).

Instead, the chalk was a major hit. I drew hopscotch squares, and the kids jumped through the pattern again and again.

Then I started drawing a set of train tracks, as one of the boys had a small metal train to play with.

That small track sparked this HUGE plan, where the kids would draw a track on the sidewalk around the perimeter sidewalk of the entire park.

Fast forward almost TWO HOURS later, they were still working on the track, having taken breaks to pee in the bushes, eat some snacks, and wrestle in the grass.

They drew in additional stations, factories, and other stops for the train.

They drew side routes and dead ends and turn tables.

In the end, dinner was calling and the sun was going down, so the moms jumped in and lent a hand.

The kids used the ENTIRE box of chalk, and made it all the way around the park.

The sun had shone the entire time.

The moms basked in it while we watched the kids run around the park on the tracks.

Snacks had been eaten.

And no one had fought at all.

My mom friend and I smiled at each other, patted each other on the back, and hugged as we left the park, calling our good-byes.

The kids and I walked home in a good mood, feeling light and free and content. They balanced on the edge of the curb, arms raised to avoid falling off. We all jumped over the dog poop that has been living on the corner near our neighbor’s house.

No crying, no fighting, no dragon-mom moments.

When we got home, I played Uno with the kids at the kitchen table (while multitasking dinner prep). It didn’t devolve into crying over cheating or winning/losing. Everyone was a good sport (even the child who gives me gray hair).

And it felt like the music and the beat were finally in alignment again, just for the afternoon.

Like everything was fine, as good as it always was (before divorce, before moving, before a new school, before new friends and new teachers, before the new schedule, before missing them at night when they are gone).

It has been two years since I moved into a place of my own. Two years of trying to get my feet in this new life that we are living.

I’m honestly not sure when I’ll find my feet, or when the music will start to sound and feel normal again.

But days like today make me hopeful that I’ll get there, and that it won’t take ten years to get there.

That maybe things will start to feel normal maybe soon.