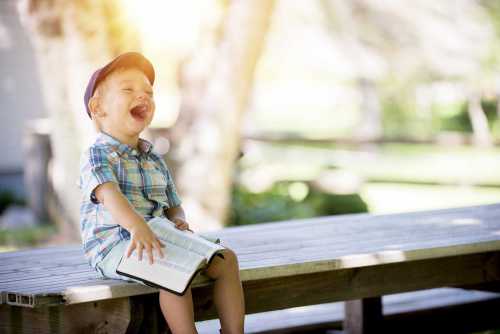 Getting kids started with reading can be hard. Kids don’t want to sit. They want to move! Especially if you are starting with younger children, sitting down with books to do traditional learning is just about impossible. In this post, we are talking about some really creative ways to get your kids learning their letters, while having fun at the same time.

But first, what are we trying to do here…

If your child is toddler age (or very, very early to reading), then the point of teaching a child to “learn his letters” is to introduce the shapes to him so that he understands the shapes are important. It can be a long time before the child puts together the fact that the letters correspond to a sound, and are used to form words. We as parents should be okay with the fact that it still might be years before our child is a reader.

If your child is under the age of 4, I don’t really recommend that you “drill” your child on his letters or numbers. Your child should be running, jumping, and climbing, for the most part. Not sitting at a table doing academic type work.

When I was a new mom, I felt a lot of pressure (and excitement) to get my first child reading. I bought workbooks. Embarrassingly, I even made flashcards. But what I discovered was that most of my efforts were pretty useless. My oldest son is VERY bright. But my starting him off on his letters and numbers before he turned two really didn’t turn out to do much to help him. He didn’t start reading as a three year old. I think he enjoyed spending time with me “working” on his skills. And perhaps doing all of that work made it easier for him to start reading when he did at five. But sometimes I think about all that time (and money) that was spent on trying to teach him to read early, and wish that I would have just chilled out and let him be a little kid.

However, if you can find ways to mix in the letters and shapes and numbers into creative play (as suggested below) without a lot of pressure, I think it is a great way to be introduced to the beginning stages of reading.

Introduction of letters without obviously “learning”

One of the classic ways to start teaching kids letters is to just simply point them out everywhere you see them. On food products, in restaurants, on street signs, on t-shirts. Showing them the symbols and giving the symbols a name is a great first step. It will take thousands of repetitions for the child to really get on board if you are starting your child very young, so don’t get frustrated if she doesn’t know the A on your license plate even though you’ve pointed it out many times.

Next, reading to your children consistently and frequently is going to help. Your child will be looking at the words on the page and hear you saying the words. You can take a few seconds here and there to point out specific letters, and tell your child what that letter is.

I generally avoid almost all screen-time for my kids. And I definitely don’t recommend using screen time or videos as the primary method of learning to read. But sometimes we watch a little here and there, usually when one of the kids is sick and just SUFFERING. There are a few shows out there that are geared for pre-readers that are pretty high quality educational entertainment. Sesame Street, Super-Why and Word-World (from PBS Kids) are some great shows that my kids loved that incorporated letters and reading.

Use Chalk and Your Driveway

A really fun way to start working on letters is to plug into games that kids are already playing. Do they play “the floor is lava” just yet? If so, take some chalk out into your driveway or the sidewalk and draw squares with letters inside. Use only a few letters if your child is just getting started, but put repeats of the various letters all over the place. Play with your child (or have some friends join in). Yell and scream about the ground being lava, and the only “safe” place being the letter “A” or the letter “B” and so on. As the kids get better at knowing which letter is which, you can add more letters from the alphabet to the game.

Another thing I’ve done is cover the sidewalk with letters, and then tell the kids that they only way to cross is to only step on certain letters. “Just T this time!” Then they run, jump, look for the letter, and it’s fun. If they don’t know the letter, I point it out to them, and then they scour the ground for that shape.

I know this sounds cheesy, but my kids just about died from delight when I but alphabet shaped noodles into their soup. They had a BLAST scooping up the letters from their dinner. It was really fun for them to get a letter they recognized. I think they played more with the letters than they ate. It was a bit messy, too, because once they saved their letters from the soup they wanted to play with them and arrange them into made up words.

Kids love to help cook. They love cookies. Why not make letter shaped cookies? You can use cookie cutters, or you can show them how to make the letters with pieces of rolled out dough (or even just squish and flatten). No need to get all the letters in one sitting. Just make “A” cookies.

I’m a big fan of bath crayons and paints. The kids love to draw all over the tub and shower. This can be a great time to show them how to write just one particular letter, and then ask them to decorate the rest of the tub with that one letter.

If you spend a lot of time in the car, you can easily play I-Spy with your child. If you are able to plan ahead, you can have a few letters written down on a card or a piece of paper. Hand the card to your child that has one letter on it, and then ask him to look at all the signs to see if he can “match” his letter up with a letter on the sign. This is more of a matching game than authentic “I-Spy” but I still call it I-Spy. Once the child knows the letters, then you can play I-Spy for real.

Here’s a fun one! We took several blank sheets of white paper to the park. I helped the kids make paper airplanes. Then, we wrote one letter on each of the planes–the A plane, B plane, and so on. The kids and I climbed to the highest tower of the playstructure and launched our planes. Then we rushed down to the landing zone and tried to identify which plane flew the furthest by the letter. Was it the “P” plane? Or the “L” plane? The kids were learning to recognize the letter symbols without even realizing that the activity was about pre-reading.

What other ideas do you have that incorporate learning letters and numbers into playtime! Let us know in the comments.