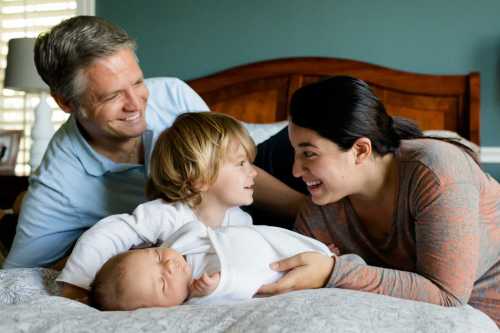 Cannabis: fewer plants have made as many headlines as this one. That’s for good reason. Over the past decade, it has gone from illicit drug to a burgeoning industry. In fact, it’s an industry of unprecedented growth. Conservative estimates valued the marijuana industry at over $10 billion in 2018. It also employed an estimated 250,000 people. These statistics are impressive. They are also indicative of a significant economic force in the U.S. economy.

But with change comes other concerns. For instance, a product once considered taboo is now going mainstream. Now, we are looking back at past prejudices as we reassess marijuana’s usage. For past generations marijuana was a targeted gateway drug. Now those generations are looking at the liberation of marijuana and tackling a different issue. That is, marijuana usage and how it affects children.

It’s a valid point to consider for parents. As medicinal and recreational cannabis use increases so will access to marijuana. However, with this increased usage, government oversight has also increased. Accordingly, marijuana and cannabis will face the same regulations as alcohol and tobacco.

As we keep those issues in mind, we’ll discuss some of the potential impacts of cannabis use upon children.

In recent years, the health benefits of cannabis have been touted by patients and their advocates. Cannabis has been prescribed to treat ailments from chronic pain to nausea. Medical marijuana (MMJ) has been introduced to treat many medical conditions.

Primarily, MMJ has helped sufferers of chronic pain find relief. When traditional medicines can’t provide relief, MMJ has shown good results. One of the more positive impacts of MMJ has been the decrease in usage of opioids. With the current state of the opioid epidemic in mind, this is significant. Taken further, this significance is even more critical where families are involved. A parent using MMJ for chronic pain is less likely to become addicted to opioids.

Research into MMJ is on the increase. This is leading to the discovery of new treatments. Although we are discussing parental usage and its impact upon children, it’s important to note that treatments for children are also undergoing research. For example, scientists are exploring the use of cannabidiol (CBD) in children. Current medical thought is that this chemical found in MMJ could control seizures in some children. This is positive news.

With the increase in usage of MMJ, children will be exposed to its proper and responsible use by adults. It’s important to store MMJ products in childproof containers out of reach.

Also, some medicinal products are in food form. It’s important to ensure that children do not mistake these medications for food. Admittedly, some of the foods used by MMJ companies mimic candies that children enjoy. While patient comfort is a consideration, so too should ensuring that their products do not entice children.

While cannabis treatment can have positive medical impacts, secondhand smoke should be avoided. It’s an important health consideration for all, especially children. Why? Because the secondhand smoke from some marijuana products contains the same types of carcinogens found in cigarettes. Also, the chemical components could vary from plant to plant. Levels of toxicity may be difficult to assess.

The safest bet is to not smoke marijuana when children are present. Secondly, consider removing the clothing worn when smoking. All those smoke particles need to go somewhere. Typically, they settle into our clothing. Eventually those particles can be breathed in by children touching our clothing.

Cannabis Use and Fetal Impacts

Smoking anything during pregnancy is off limits. Smoke inhaled by a pregnant mother will impact her developing child. Limited research has been conducted into the effects of cannabis upon developing infants. However, the dangers of cigarette smoking (and secondhand smoke) during pregnancy are clear.

The risks of smoking during pregnancy include:

The risk of miscarriage also increases when pregnant women are exposed to secondhand smoke.

With these thoughts in mind, pregnant women should avoid exposures to marijuana smoke. While the effects of marijuana are not totally known, it is known that marijuana smoke contains many of the same chemicals as cigarette smoke.

Likewise, medical marijuana is not considered safe for use by pregnant women. According to the American College of Obstetricians and Gynecologists, research is limited on the harms that marijuana use could cause to a fetus. However, it is known that the chemicals in marijuana do cross the placenta. Since the full impacts of marijuana use are not known, it is recommended that pregnant women avoid all forms of marijuana during pregnancy.

There is no evidence that marijuana can reduce symptoms of morning sickness. Instead, pregnant women should seek advice from their OB/GYN for treatment.

With infants, it’s important to make sure that they are not exposed to secondhand smoke of any type. The dangers have been covered here but are always worth repeating. Of greater concern is the risk of SIDS with exposure to secondhand smoke. Since it is not known if marijuana smoke presents the same risks for SIDS, prevention is recommended.

Currently, the effects of marijuana usage upon breastfed babies are unknown. While it is known that the chemicals found in marijuana can pass through breast milk, it isn’t clear what, if any, impact this may have on an infant.

However, it is known that the chemicals found in marijuana can cross the placenta and could be harmful to a developing fetus. Given this bit of information, nursing mothers are urged to avoid marijuana usage when breastfeeding. If the mother must continue with a marijuana therapy, then breastfeeding is not recommended. Why? Simply because of the unknowns. It could be perfectly safe, or it could not. Rather than risk the development of an infant, nursing moms should refrain from marijuana usage.

Additionally, some of the chemicals in marijuana remain in the body long after smoking or ingestion. THC is the chemical in marijuana that brings about the feeling of being “high.” What is known about THC is that it is stored in fats and released slowly over time. In theory, the exposure to marijuana compounds through breast milk could continue well after use is stopped by the mother. However, additional studies are necessary to determine if these levels affect breastmilk or not.

Toddlers are balls of energy. They seem tireless sometimes. For a parent suffering from chronic pain or another medical condition, finding the strength to keep up is a challenge. Fortunately, for some parents, marijuana has made this aspect of parenting more bearable. For some, it’s even more enjoyable!

Keep in mind that the medicinal use of marijuana is not different than using any other drug prescribed by your physician. When using it, make sure you aren’t alone. Have someone with you if you experience side effects, like dizziness, sleepiness, or lethargy.

By the time your child is a toddler, chances are they have been weaned from breastmilk. But there are two primary concerns for marijuana exposures: secondhand smoke (see previous section) and edible marijuana products.

Because of edible marijuana products, rates of exposures among small children are rising. And it’s not too surprising. Many of the medicinal and recreational marijuana edibles look exactly like candies and sweets. Chocolate chip cookies, brownies … the list is endless. There are also gummies and lollipops made with cannabis. All these products look very enticing, and safe, to a child.

What’s not known by many is that it takes longer for edible forms of marijuana to become absorbed by the body. In effect, children may eat the marijuana in amounts that can lead to overdose. Some of the warning signs of potential overdose in children include lethargy, difficulty concentrating, slurred speech, respiratory distress, and the potential for seizures. Seek immediate medical attention if you suspect an overdose.

Marijuana oils and skin creams can also be dangerous. Absorbed through the skin, an accidental exposure could also lead to overdose.

In order to prevent these exposures, always keep your marijuana—no matter the form—in childproof containers well out of the reach of little hands.

With the legalization of recreational marijuana, many adults will be relaxing with a form of marijuana instead of the typical cocktail. And that is all right. In numerous states it is legal. But if you smoke marijuana, stay far away from the kids.

So, how does recreational marijuana use impact kids?

One way it does is in the perception of smoking. Look at the progress made against smoking over the past twenty years. Suddenly, marijuana is free to use, and some people are lighting up. Instead of lighting up, consider an edible or some other preparation for enjoyment.

Like drinking alcohol, avoid driving after using marijuana. Also, consider the impacts it has on you. Are you dizzy? Does marijuana slow your reflexes? Or does it just put you in a sleepy mood? These are all things to consider. When you’re around children, take these things into consideration. Avoid swimming or other activities that could put you at risk. If you’re dizzy, sit down.

Be aware of your body’s limitations when you use marijuana.

Talking about Cannabis Use with Your Kids

Finally, talk to your kids about marijuana as they grow older.

When they’re young, reinforce how dangerous it is to play with medications. Let them know that it’s not a candy or a typical cookie. It may be confusing to them to understand how something that looks identical to their foods can be dangerous. Show them the differences in the wrappers and packaging. As always, store them in childproof containers and out of sight.

Explain to your child why someone close to them uses MMJ. It’s best to be open. Kids are naturally inquisitive. Stripping away the mystery is one means of removing any confusion from their little minds. Kids know when the adults in their life are not being honest. Be honest when necessary. For most kids, that honesty goes a long way in removing confusion from any situation.

If you are a parent using MMJ, consider using the product when they are not present. In addition, explain your ailment to them. A sick parent is scary for a child. Take away that fear. There are plenty of books touching on this topic that are a great way to begin the conversation. Broaching these issues is never easy. But as a parent, it’s your duty. Let them know that by being healthy you will be able to do more fun things with them.

A new generation is growing up and will see marijuana come to be treated like alcohol. It’s here to stay. All signs are indicating that. So, don’t fight it. Talk about it.