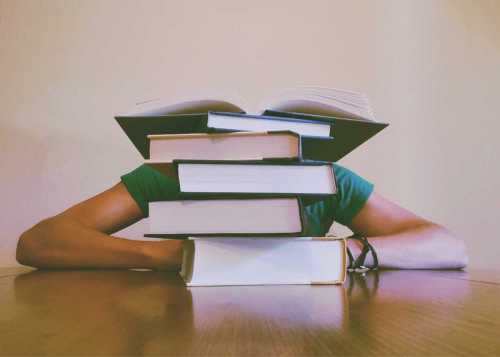 I’m not sure why, but I went into this book with somewhat high expectations. I have read some James Patterson previously, but nothing recently.

That being said, Patterson is a very successful author, having sold millions of books around the globe. His Alex Cross series could be called “beloved” by his fans who rave about it all over the internet (close to 30 books in the series by now).

I felt like I I would enjoy any book he put his name on, given the length and breadth of his writing career.

The book was co-written with Emily Raymond.

This wasn’t his normal genre.

And maybe it was one of those two details that was the problem.

The concept isn’t the issue.

The main character is Sophia.

Sophia is a princess, who lost her mother years before, and loses her father. In a seemingly normal world (in a time of castles and swords and kings), Sophia is suddenly thrust into a world of monsters and magic.

When things went sideways, I realized that this wasn’t the average James Patterson book.

I love monsters and magic type books, when they are well done.

But this entire book had the feel of an amateur trying to emulate a good monsters/magic type book, without the best parts of a good book (the writing, the dialogue, the story, twists and turns, set up, surprises).

It makes me think that Emily Raymond, perhaps an established author or an aspiring author, wrote the entire book, and then James Patterson did her a solid by putting his name on it.

After all, it is terribly difficult for new authors to catch a break in the traditional publishing world.

If this book had been awesome, it could have catapulted her to fame, resulted in her own book deal, maybe even a movie.

But this book just fell flat for me.

I spoke to my local librarian about it, and we talked about how the book could have been organized into the YA section rather than in the adult fiction section (or adult fantasy) section.

It had a lot of elements of a YA book, such as a young teen main character, loss of parents, terrible tragedy to overcome, running from danger, learning to fight, teenage romance, magic, and monsters.

But again, the writing just didn’t work for me.

I managed to reach the whole book, got through to the end, and had no desire at all the continue in Sophia’s world, like I often do when I finish a fantasy/monsters/magic book. I remember when I got to the end of The Bear and the Nightingale, I wanted to go back to page one and start the book again! Oh yeah, I also ran straight to the library within days and got the next book in the series to read.

But I was still puzzled about this book…..it was so poorly done….how did it even make it to the shelf at the library? There’s so much good writing out there, why take a chance on this book?

Maybe I missed the mark. Maybe it was me. Maybe I just didn’t get it.

I cruised over to Amazon to see if other readers felt similarly to how I felt about this book. To my surprise, there were a lot of five star reviews.

I was like….did we even read the same book?

But then I had to remember….after all….this is a traditional publication. I know from personal experience that it is not difficult to get 5 star ratings and that many authors pay people to buy the book and then to leave positive reviews, even though this goes against the Amazon terms of service.

For example, someone wrote “I think this is my favorite book by James Patterson. A great exciting story for all ages. Try it you’ll like it.”

Seriously…..the best ever by James Patterson, above all of the books he has ever written? I wonder, did that reviewer ever read another James Patterson book, or even read this book?

As I looked through the five star reviews, I saw that most of them were one-liners, which to me was a pretty solid sign that the reviewer hadn’t read the book. There was no detail in the reviews at all, nothing about the characters, the story, nothing.

Then I flipped down to the one star and two star reviews, and I was relived to see a lot of my feelings about the book, such as:

So it wasn’t just me.

Basically, this book is a pretty bad one. Who knows why on Earth James Patterson agreed to put his name on it, or how they got it past the editors and to publication.

It honestly makes me wonder if Patterson even read the book before agreeing to put his name on it. Or if Emily Raymond is someone that he knows personally (daughter, partner, love interest, friend) and he felt comfortable with his own level of fame and fortune that he just didn’t care whether the book was good or not.

Or if maybe it was a joke among rich authors….trying to prove that once you are famous, you can publish any sort of the worst drivel and people will still buy it and say that they like it.

There’s something going on here with this book that doesn’t make sense.

If you are thinking about reading this book, I’d tell you to stay away from it. Instead, try some books by Sarah Maas or Holly Black if you are into the whole YA, strong young woman, fighting with magic, monsters type of books. The Aelin Galathynius series by Sarah Maas is ten times the book that Sophia, Princess Among Beasts tries to be, and I can almost guarantee that you’ll enjoy it much, much more.

Have you tried out this book? Let me know what you think of it in the comments section below.