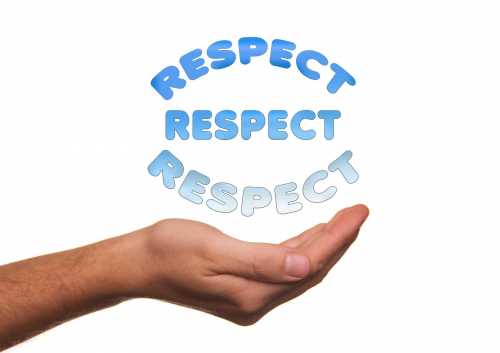 R-E-S-P-E-C-T – we all know how the song goes. But it doesn’t always go to plan when parenting. Because respect is learned, it’s up to us as parents to ingrain that level of behavior in our children. Likewise, our kids also see it in our own words and actions. Respect is more than a noble gesture. Moreover, it’s a way to allow our kids to develop a sense of empathy, to ingrain what model behavior is, and most important, how to get along with others.

But how do you teach respect to kids? Admittedly, it’s not always going to be easy. Young children may not always understand the situations they’re involved in. So, as the parent, you are their guide. Take their hand and show them the way. Then everything else follows.

Set the Example of What Respect Means When Teaching Kids Respect

That’s right—teaching kids respect starts with our own behaviors. If you want your child to show respect, then model the behavior. And respect isn’t always an up close and personal encounter. It can be how you react when driving. Feeling road rage? Then vent appropriately. Instead of lashing out at the other driver, keep that urge in check. Your audience is watching.

Every day activities are prime examples for teaching respect. At the store, thank the clerk for their help. If you’re talking with another adult, put your phone down and listen. Respect isn’t just about being nice. Far and above it’s about acknowledgment. And that starts with listening.

Be a Good Listener

When we think of kids and respect, doing what we ask comes to mind. But if they’re not listening, they won’t obey. Obedience is a way of showing respect to parents. But if we’re constantly distracted as parents, our kids will follow that lead. Rather than demand their attention, ask for it. Instead of barking orders, ask politely. And when they don’t listen, then you can gently instruct them in how their behavior upset you.

No one ever gained respect with a strong hand. That is simply fear. As parents, we’re teachers. In order to get kids to hear others, and even be in tune with their own emotions, teach them proper listening skills. Respect is part of a conversation. However, a conversation needs a speaker and a listener. It’s the back and forth that forms the dialogue. When you speak to your child, remove the distractions. Make eye contact. Give pauses to allow them to respond. Finally, don’t interrupt. Let them speak.

Manners. It’s something we talk about. But do we know what they really are? It’s more than saying “please” or “thank you.” For kids, it’s understanding why to say those things and to expect it in return. Different situations require differing types of behaviors. Before you go out, let your kids know what you are expecting of them. A play date is a casual event. Common courtesies are encouraged and expected. But a visit to the doctor or your office is more formal, requiring a different set of manners. Sure, the courtesies are expected. But decorum, like speaking in a quiet voice, is another form of respect.

Manners are all about respect. Teach proper manners, and then respect will follow.

That is so rude!

Yes, we’ve all been there. From the tantrum of a toddler to the cold shoulder of a child or teen. Identify inappropriate behaviors for your child. Let them know when their behavior is inappropriate, and why. However, don’t allow it to stifle their needs to express emotions. For younger kids, acting out is the way to learn about their emotions. It’s up to you to follow through. Talk to them about their feelings. Then give them some advice on how you deal with those same feelings in a way that isn’t hurtful to others.

Along those same lines, kids can have their feelings hurt. Or they can hurt feelings. Name calling, refusing to share toys, and even ignoring others—these are all disrespectful behaviors. But let them know that we all make mistakes. And that the best way to move past them is to say they are sorry. After all, it’s not easy to admit being wrong. Not for a child, and certainly not for adults. Practice the art of apologizing with them. It’s all right for them to tell you if you made them feel disrespected. Then, admit you were wrong and acknowledge their feelings. Remember, they are watching.

Sometimes a child may feel like there is a rule for everything. And that could be a failing on our part as parents—saying something is against the rules before we explained why. But rules are important. They provide the clarity children want and need. So, lay out some basic rules for their behavior. When they’re wrong be gentle in reminding them. It’s important that the rules be followed, but do practice with a light hand. Remember empathy? Show it when providing correction.

Boundaries are another topic for learning respect. Kids need to know that everyone has boundaries. From their personal space to their belongings, teach them to respect boundaries and to expect others to do the same. No one needs someone in their face or rooting through their toys or other favorite items. Likewise, it’s inappropriate to touch someone without asking. Display this in your daily interactions. Ask if you can hug them. If an adult asks for a hug or kiss, make sure they do the same. Boundaries are important in a child’s life. Because without them, respect has a slim chance of success.

You Have to Earn It

Finally, we earn respect as much as we learn it. Let your kids know that. Have them understand that their behavior could be the source of their problems. Even so, they’ll need to know that a rude response to rude behavior is not polite, either. It all comes down to respect.

In the end, they’ll see that they can only control their behavior. And that’s how others will judge them. Not just on how they treat others, but how they respond to inappropriate behavior. It’s the golden rule in action.

Before you go, check out one of these great articles from our many Mom Advice Line contributors: