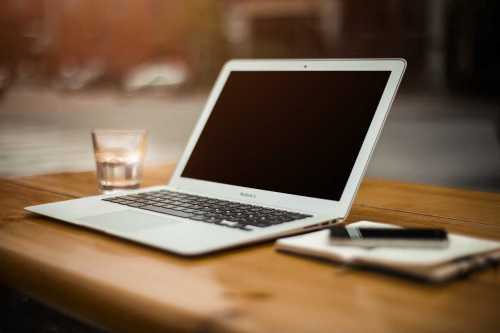 Just so you know what to expect, I am going to talk about this series and my experiences reading it, and what I think about it. However, I am going to try to avoid spoiling the books for you if you’ve never read the series, FYI.

Alright folks, I have been living the Throne of Glass series by Sarah Maas for the past several months. It is 2020 as I am writing this post, and I am a little embarrassed to admit that I only recently discovered Sarah Maas (or the whole YA genre which I have great love for).

Frankly, I am glad that I didn’t discover the Throne of Glass series until it was over, because I would have been so impatient waiting for the next books in the series to be released!!!

The first book in the series (titled Throne of Glass) was published in 2012. The final book came out in 2018. I read all of the books one after another at the end of 2019, and in early 2020. It was pretty darn wonderful to be able to read each book without waiting for years (like I am currently waiting for the next installment of the Outlander Series by Diana Gabaldon).

Is the Throne of Glass series good?

In my humble opinion, I would answer YES to this questions.

Is the series perfect? Nope. Could the books have been better in places? Yes. Was there some editing misses? Sure.

But that doesn’t mean the books aren’t a great read.

And I think it is important to clarify a bit about me and the books I like to read. After all, just because I liked them doesn’t mean everyone will like them. I love books with a strong female lead. I love books that have a lot of action, suspense, twists, turns, and complex writing. I dislike books that are solely focused on whether or not the main male and female characters will get together in the end, or if they’ll end up in bed together.

If you like the kinds of books that I described, then I think you’ll like this series as much as I did.

What are these books about?

I hate to even give you the names of the characters, because naming the characters can tell you how the books play out later in the series! In the first installment, set in the times of castles, kings, and horses (no industry) the main character (Celaena Sardothien) is mining salt by hand as a slave.

The Prince and the Captain of the Guard of his kingdom retrieve her, as she possesses some pretty useful skills (she’s an assassin, skilled in the use of swords, other blades/weapons, and is pretty much bad***).

The Prince enters her into a competition to become the King’s champion, and the book unfolds as Celaena works her way through the competition, learns more about herself, and faces down horror after horror that her world throws at her.

The first book sets the stage for the world into which the remaining six books send Celaena. The first two books are staged mostly in the kingdom of Adarlan, and then the remaining five books take us all over the “world” created by Maas as Celaena works to accept her destiny, and the part she has to play in the conflict.

Is there romance in Throne of Glass?

Yes, there is. But it is not a huge focus of the books and is not terribly integral to the plot. Without giving anything away, while there is some romancy type stuff in the first 2 books, most of those books are focused on the mail character making her way through all of her various challenges. The relationship type stuff is a bit of an afterthought.

In the third book (Heir of Fire), Sarah Maas starts some real work on a pretty serious and more lasting connection for the main female character. In the remaining books, what was built in book 3 continues, but most of the tension in those books is not generated between the main male and female characters.

Some readers might be disappointed that romance isn’t a more integral part of the books. There are some really great romance adventure novels out there, but I guess that’s what I like about a lot of the fantasy novels in the YA genre. The romance is there, but it isn’t more important than the adventure and challenges (I’m thinking of the Renegade series by Marissa Meyer, the Eona/Eon books by Alison Goodman, Red Queen by Victoria Aveyard and others).

I get bothered by YA books that are too focused on a teenager’s will-we or won’t-we kiss turmoil. I’m ready for the action!

As the books progressed, Sarah Maas began to explore the back stories of many different characters. These explorations were interesting and well-written, but it often felt like I was reading another book entirely. I was so invested in the main character (Celaena) that I didn’t want to go and hear the stories about these other relevant and interesting characters.

I will say that all of those various side stories did a great job of building toward the final climactic scene in the final book (Kingdom of Ash). But I often found myself reading them quickly trying to find my way back to Celaena’s story, which I was SO invested in.

I will also say that at times the writing seemed so focused on the action sequences and lining everything up that the character development and interaction sort of fell by the wayside. This was really shame since Maas took so much time to create all of these other diverse characters, but we didn’t always get to find out the best parts about them or what they could contribute.

Which Throne of Glass book is the best?

Each of the books has it’s strengths. I would have to say that my favorite book of the series is probably Heir of Fire (which is book 3).

After that, I would probably say Queen of Shadows (book 4) is my next favorite, followed by the first two books, then the series finale (book 7), then book 5, and then book 6.

Not surprisingly, book 6 is my least favorite because it doesn’t involve Celaena’s story at all for the most part. It focuses on a side story critical to the end of the series in book 7.

As I am writing this review, I realize now that I never read The Assassins’s Blade, which is a collection of stories set before the first Throne of Glass novel introduced us to Celaena and her story. In hindsight, I realize how that there were many references to those stories in the final book, and I wish now that I had read those books before I finished the final book.

Do you recommend the Throne of Glass series?

I do, if you are a person who likes the kinds of books I like (see above).

For adults, I recommend them without reservation.

For teens or younger readers, I do hesitate a bit. Yes, these books are technically in the YA genre. But there is a lot of fighting, a lot of sword swinging and killing going on in these books.

In books one and two, there is a little bit of physical stuff going on between characters, but not tons. In book 4, the physical tension between several pairs of characters starts to ramp up and in book five, there is a fairly specific/graphic description of intimate relations.

As an adult who has read a lot of romance novels, it wasn’t anything out of the ordinary or even that explicit. But if you are a parent reviewing a series for your child who is younger, this might not be the series for you if you are wanting to keep your child from reading books that contain descriptions of adult activities.

Some YA books focus on the mostly innocent tension between tweens and teens, or move towards kissing as the culmination of the physical relationship between the characters.

In the Throne of Glass books, the characters are young, but definitely not children.

What are reading? Anything good lately? Let me know down in the comments section below. I just started the three-part Indranan War series by K.B. Wagers, which starts with a book I recently reviewed called Behind the Throne (yay for strong female leads!)