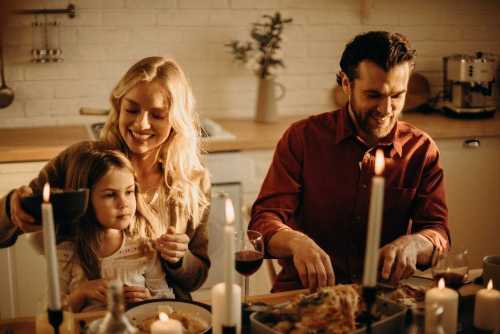 No, Nacho Parenting isn’t a parenting style adopted by people from Mexico, Central or South America, or any other country in the world where nachos are consumed or Spanish is spoken.

Nacho parenting is a style of parenting that is or can be or even should be adopted by the non-parent in a relationship, where one of the parties has kids from a previous relationship.

This is a fairly new phrase/terminology, and one that most people aren’t familiar with, or might find confusing, especially as to the reason why a crispy and delicious appetizer might be in the name.

Nacho is maybe a trendy way to say “Not Yours,” or “Not Yours Parenting.” (Nacho Kids, Nacho Problem is translated to “not your kids, not your problem.) (source)

Is this term culturally sensitive? No, not really. I don’t use the term myself, but I am here to explain it so you can understand what it is, and is not.

What is this Nacho Step Parenting Style?

Which means that in the relationship between the parent and their new spouse, partner, girlfriend, boyfriend, that partner who is the parent is the primary caretaker of the children.

Those kids are not your kids.

Those kids are not your responsibility.

Does this mean that you don’t help with the kids?

There aren’t any sort of rigid rules that go with Nacho Parenting, and each situation and relationship is different.

But let’s think about it. If you are at someone else’s house (where kids are present), and you hear a child (who is not yours) causing trouble or needs help, the parent of that child has the responsibility to get up off the couch, and go and see what the situation is and help resolve it. The guest is not the point person for the needs of the children. There is no expectation that he/she would be. After all, those kids are the children of someone else.

And not only that, but the parties may also go as far to avoid putting the non-parent partner in the position where he/she has to be on point and in essence, be mom or dad, make decisions like the parent.

But doesn’t that mean that the duties of having kids in the home aren’t shared equally?

Yes. That’s what it means. For the kid duties.

But it doesn’t mean that the parties can’t adjust their various responsibilities in the home, to get to a point where everyone is satisfied with the situation.

The non-parent partner will support the parent perhaps by covering other aspects of the duties or burdens in the household as they agree.

But the kids stuff will fall to the parent.

Does this mean that the Nacho Parent ignores the kids?

Maybe. It depends on many factors, such as the age of the children, the circumstances of the kids and the home, and the needs of the adults. With small children, it isn’t practical to say that the non-parent will just ignore the baby when the baby might be in mortal danger.

But in general, if the kids need something, it is the job of the parent to take care of it.

For example, if the partners are in the kitchen cooking dinner together, and a child cries from the living room, the parent will be the one to respond to investigate, leaving the other partner to watch the food. The child doesn’t need both the parent and non-parent, and the non-parent wouldn’t stick his or her head into the mix to help with band-aides, scolding, or all the hugs necessary.

Won’t that make the kids feel like the non-parent doesn’t love or care about them?

Naturally, how this plays out depends upon what and how this technique/style is employed. The non-parent partner can be loving and engage with the children daily. He/she can and will support them, attend all the sports, hear them out and talk to them, and more.

But when the going gets tough, it is the parent’s job to handle it.

In fact, assuming this is done right, the non-parent may have an even more enjoyable relationship with the children as a result. The non-parent will and would be able to provide all of the love and support he/she can give, and then step back to leave the parenting to the mother/father.

The non-parent might feel like the aunt/uncle, or grandparent. But ask any of those folks, and they will tell you that it is wonderful to not have to be the parent on a day to day basis, as you get to enjoy the children without the burden of raising them.

What are some examples of “nacho-ing?”

Why would someone want to be a Nacho Parent?

Taking on the parenting role of children who are not your own, especially when there is already an involved mom and dad can cause a lot of friction.

While the role of step-mom or step-dad can be wonderfully fulfilling in many ways, it is also fraught with stress and pressure, and this is especially the case if the biological parents of the children are not both unified in how the step-parent should fit into the mix.

I’ve seen a lot of step-parents get in the middle and take on the animus of their partner during disputes and disagreements, which can have a detrimental impact upon the ability of the two biological parents to resolve things on their own.

Is Nacho Parenting the right style for your blended family?

Hard to say. I think a lot of families fall into the non-parent taking on parenting responsibilities quickly because it does alleviate the stress and pressure placed upon the parent spouse (and who wouldn’t want to help).

I think that you’ll have to look at how much stress you feel, and how much friction exists, and whether you pulling back and doing less could or would have a positive impact upon how you feel.

Nacho parenting can also have a positive impact upon your relationship, because the lines and duties are drawn very clearly, and the expectations are not confusing at all.

If you are thinking any of the following, Nacho Parenting might be something for you to explore:

How to disengage from the stepchildren and start Nacho Parenting?

If the children are older, I think it is best to sit down with them and explain how things are going to be handled. When you need help, start with the mom/dad, etc etc. If they ask why, the parties explain that mom/dad is the parent, and while non-parent loves you very much, it is mom/dad’s job to take care of those things, just like the non-parent has other jobs and responsibilities for the home and family.

With smaller children, I think you just jump in and start doing it. It’ll take more coordination between the adults than the kids, but over time everyone will get into the swing of it.

This is something that can only really work if the adults are on board 100% (both parties to the relationship). AND, if you commit to it 100%. If you don’t set hard limits on what you do and don’t do, then eventually you’ll find yourself back in the same situation you started in.