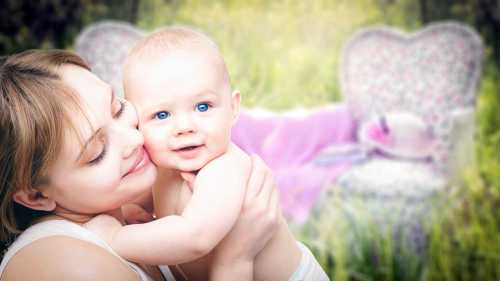 First of all, what is anemia?

First and foremost, you should know that there are many different kinds of anemia. Generally, anemia is the lack of sufficient red blood cells to carry oxygen around the body. But there are multiple variations of anemia. Some examples are:

Does pregnancy make you anemic?

Not necessarily. I would argue that poor nutrition or supplementation during pregnancy is the cause of anemia. Pregnancy itself will not generally cause anemia. But some women may find themselves in danger of anemia during pregnancy if they:

However, as noted above, folate is a necessary component of a healthy diet. Folate is also an important component in the growth and development of a fetus. The baby pulls hard on the folate in a pregnant woman’s body, even to the detriment of the mom. If a mother does not supplement folate during pregnancy, low folate levels can cause anemia problems for the mother.

But what about anemia and breastfeeding?

How could breastfeeding possible make a mother anemic? After all, blood has very little to do with breastfeeding, right?

It’s actually fairly common for women to become anemic when they are breastfeeding. This is because their growing child needs a lot of nutrients, and those nutrients are pulled from the mother for the child. If the mother does not eat well and consume enough of the vitamins that both mother and child need, the mother may not have enough for herself and struggle to produce enough red blood cells.

This is especially the case when new mothers start behind. Some mothers lose a significant amount of blood during labor and delivery. In other cases, new mothers experience post-birth problems with blood loss. A new mother is busy post-birth nourishing the new life with a battle scarred body, as well as recovering from the birth. It’s no wonder that anemia is a problem.

So, is breastfeeding really the cause of anemia post-birth?

Not really, to be honest. The actual nursing (removing milk from the breasts by the child) isn’t itself going to cause anemia.

You do lose some iron through breastfeeding. But keep in mind that you are not losing iron through your period. Once you’ve recovered after the birth, your iron stores should be fairly balanced.

Generally, I would say that if a mother is struggling with anemia after delivery, the cause is more about poor or insufficient nutrition/supplementation. Women who were anemic during their pregnancy are much more likely to be anemic while breastfeeding. It may also be the case that women who struggle with anemia during pregnancy or afterwards are also women who struggled with it before pregnancy and breastfeeding.

Any woman who struggled with anemia throughout her pregnancy will want to talk to her doctor about improving her nutrition or using a supplement while breastfeeding.

To avoid tiredness from low iron stores, breastfeeding mothers should:

Some foods make it harder to absorb iron. Those include coffee, tea, milk, egg whites, and soy protein.

Interestingly enough, extended breastfeeding has been shown to have a connection to anemia in children. Infants come out of the womb ready to survive for the first four to six months on nothing but breast milk. They have iron stores built up to take them through.

But after that time, their need for additional iron increases. If the child does not receive iron through foods or supplements, the child can develop anemia. The current refrain about breastfeeding is that “the breast is best” and everything the baby needs is in breast milk. Mothers may not be thinking about supplementing a child’s diet with iron if she is breastfeeding, because she believes that everything the baby needs is in her milk.

Because of this, parents need to make sure that they are paying attention to not only their diet, but also the diet of their child so that they can meet their nutritional needs. To help your baby avoid anemia while breastfeeding between the ages of 6 and 24 months, make sure she eats:

Thanks for dropping by!