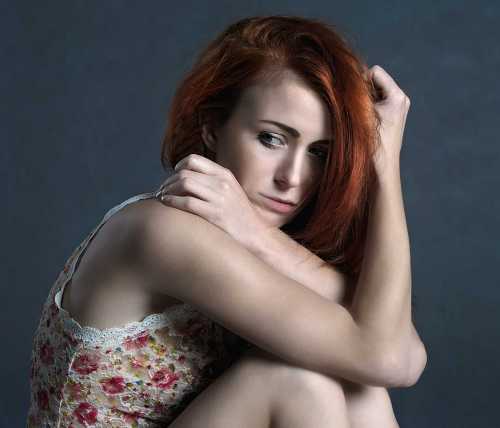 “I believe she has Reactive Attachment Disorder.” It was a bright cold January afternoon. We were meeting with my new daughter’s therapist at my kitchen table. I had no idea how much those words would define my life. Reactive Attachment Disorder or RAD was the diagnosis. It would also be the first step in a long journey of faltering steps. The next month was filled with trial and error. Mistakes combined with endless articles and blogs about RAD. I was trying to understand, and see how it affected the children diagnosed with it. To put it short, my daughter is mean and socially inappropriate and will spend the rest of her life trying not to be.

RAD is created by abuse or neglect in utero or before the age of two. Drug and alcohol use during pregnancy can be a contributing factor as well. But often RAD develops because no caregiver developed a bond with an infant. The infant’s brain reprograms itself to distrust others. She learns on a fundamental level that her needs won’t be met by anyone. RAD can be developed when a child is very sick in early infancy or if their primary caregiver is very ill. However, RAD is most often found in the Foster Care System where children are removed due to neglect or abuse.

RAD is characterized by manipulative behaviors, violent outbursts, and a refusal to bond with parents and authority figures on an emotional level. RAD children often sabotage things they enjoy. They might even accuse their current caregivers of the abuse they endured in the past in order to push away those that show them love. They are always waiting for the other shoe to drop. When the tension gets too much, they often lash out to force it to drop on their timeline.

My daughter is currently in long term care for the next two or three years as she finally voluntarily feels safe enough to process her extremely traumatic past. It’s been a long road to get here filled with her trying to get me to “give her up”. She has pushed every button I have and made my life difficult at the best of times. I love her because she is my child and no one will ever convince me that she’s not. It is possible that I might spend the rest of her teen years visiting her and driving hours to be in person at family therapy as she talks about the horrible things her biological family put her through and that won’t make me any less her Mom.

Thousands of Adoptive Families are in crisis from Attachment Disorders and without good people on their side it is an impossible maze to navigate. Mental Health Hospitalizations are common when RADs lash out violently and sometimes long-term care is needed. Accusations often bring families under fire from Child Protective Services (CPS) and other professionals.

I’m going to tell you how to help and what I wish everyone in my life would do. I’ve had four CPS investigations and temporarily lost my daughter once while I proved she was lying. CPS judged me for her lies but people in my life judged me for taking her back. I don’t need judgment this is hard enough. Instead, we need your support and to feel like we can vent to you without you telling us to take the kid back to the pound. I turned to online support groups of other parents who parent this disorder in order to find someone who doesn’t judge. You don’t have to understand and you’re welcome to believe you could never do what I do neither of those bothers me. Just listen, please.

If you’re a Social Worker we ask you to listen to the parents when they educate you on this disorder. My first CPS investigation was a series of rapid-fire questions phrased in different ways trying to trick me into changing my answer. She even tried to tell me it was ok to do something and to just admit it. It was awful and I felt so scared and alone. If it hadn’t been for my daughter’s school and her amazing therapist I don’t know what I would’ve done. In the end, the CPS worker that hated me became my ally as she saw I was willing to stand by my daughter’s side. It was nice to be vindicated but would’ve been nicer to have listened from the onset.

Experience made the difference

The second time I got an Investigator who already knew something was up just from the report. She sat at my kitchen table and let me give her the hospitalization paperwork and listen to what I had to say about the disorder. Thankfully, she understood that my daughter was afraid of loving me and being loved. She went into the interview with my daughter calm and was able to convince my daughter to tell her the truth. It ended up more like a therapy session than an investigation.

For mental health professionals understand that our children don’t need a ton of medication. Their behaviors aren’t going to be affected by medication very often. Sometimes it does calm them down but without their emotions, they can’t process their trauma. We don’t want you to dope our kids we want to help them. Families need better access to Trauma and Attachment Therapy. We want our kids to come to terms with what happened to them and then we want them to learn to trust us. Most of all we need you to be our ally in helping our children be a part of the family.

Attach Families is a Nonprofit that works hard to raise awareness for this Attachment Disorder. They and their associated groups for parents of RAD are my harbors on this long journey. They have an amazing Facebook I would encourage you to check out. These families and their children need help and there aren’t enough resources to meet the growing need for both treatment and prevention. Every bit of understanding makes our difficult path a little easier.

Thanks for reading! Before you go, check out another article from a Mom Advice Line Contributor: