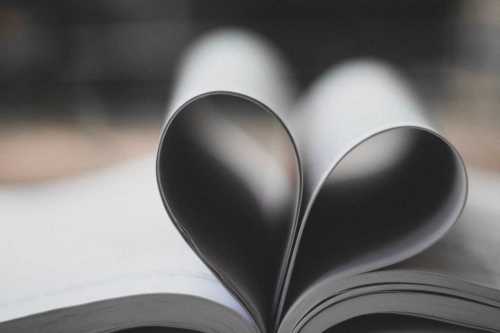 I just finished We Hunt the Flame by Hafsah Faizal. And I have so many thoughts about it to share today!

I intend to talk about the book in general, but I won’t be spoiling the ending. Thus the storyline is going to be a bit vague, but if you’ll appreciate that if you haven’t read the book yet and plan to.

I had never heard of Faizal or We Hunt the Flame before coming across it on the shelf in the young adult section of the local library. I was in a hurry to grab a couple of books before closing, and I’m pretty sure my kids were tearing apart the children’s book section.

I got it home and opened it up. I think my expectations were pretty low, because I had just tried to read Sophia, Princess among Beasts (which was so disappointing). I had also started Scythe, which tons of people praised, and I found that I couldn’t get into it.

So I sat down and prepared to be underwhelmed.

I am happy to say that was NOT what happened at all.

We Hunt the Flame was released in May of 2019, and it appears that the sequel is not due until sometime in 2021 (booooo). I’m going to be waiting impatiently for this one! And here’s why.

We Hunt the Flame is an intricate, creative, complex, thoughtful book. Yes, this is a book that is topical at times (much like many young adult novels), but still sophisticated enough to capture the attention of well-read adults like myself.

The book opens up right in a fantasy world set in what could have been ancient middle eastern lands. (No surprise, since the author herself is of Sri Lankan/Arab descent and is an American Muslim). (source)

The first few chapters might be confusing to some who like and expect to have a clear picture of what is going on. Rather than do a long explanatory prologue (Like I saw recently in Queen’s Assassin by Melissa de la Cruz), Faizal jumps right into the story, pulling the reader behind her as we sort of scrambled to figure out what was up and what was down.

After having had so much of a story and world building force fed to me in previous books, it was refreshing to wait and see how all the pieces fit together. To explore and unravel the complex world, to understand what had really happened to the main female character and her family.

Things that I liked about this book

First and foremost, I have not yet come across a book in the YA genre that used middle eastern culture as the basis for the world in the book. I really enjoyed K.B. Wagers’ use of Indian culture in The Indrana War series and I really enjoyed it here. It may have elevated what may have been an above average story into something much more magical.

The details are great. I loved that the author mixed in bits of her culture, such as language, terms of endearment, food, clothing, customs, and weapons into the story. I also love that she didn’t take time to explain what it was or were, to avoid slowing the pacing of the adventure. I looked up a few of the arabic words to better understand what I had just read, and that was not any sort of hardship for me. (I regularly come across words I don’t know in books, even as an adult).

Next, I enjoyed how the author didn’t just lay everything out for us. There were crumbs scattered here and there, teasing us with questions about what just happened, or what might happen next. It was obvious many times throughout this novel that there was going to be a sequel, which I didn’t mind at all.

I also liked that I didn’t know how things were going to turn out. Of course, I assumed that the characters would succeed in the end at their chosen task, but I didn’t know for sure who was going to make it, or exactly how it would happen.

In the wake of the Hunger Games and the Divergent series, the YA market is flooded with books about young women bucking the system, and having to rely upon their own innate (but great) special powers to save the world. We are seeing the same story arch repeated over and over, the same puzzle with the same pieces put together in a different order.

I thought that while We Hunt the Flame also played to this trend, the author managed to make the trend her own, and put her own spin on it, in a way that makes the genre special again.

This is a YA novel. I get that there had to be a romantic interest, which in general I don’t disagree with. After all, a good romance can really improve the story, as it provides tension, stress, and then release.

I thought that the tension between the main female and male characters was good, but I honestly didn’t think that the places where they finally connected made all that much sense. It felt like a distraction to be thinking of skin or touching when they were basically in the middle of a fight.

It felt like that part was added to check a box, rather than because it really added a lot to the story.

I also admit that I didn’t like how the story wrapped up. I don’t want to spoil it, but it felt like at a certain point, the author felt pressure to wrap things up to get to the sequel.

I don’t think the outcome (speed of it) should deter you from reading the book. As I said, I am eagerly awaiting the next book in the series. But if I could change anything, I’m not sure that I would have gone out of my way to make the need for the sequel be so obvious.

What age is We Hunt the Flame appropriate for?

The “romance” between the main female and male is pretty benign in most part, until it wasn’t. I wouldn’t say that the book goes anywhere near where Sarah Maas went in the Throne of Glass series, which wasn’t even that bad either. But it raised the book to a level where the reader would need to have at least a little understanding of the nature of a relationship between a young man and young woman.

I would say that if you are a parent who doesn’t mind mild physical interactions between characters (kissing and touching) then you are probably fine. But if this is something you are avoiding 100%, then you’ll want to pass.

I think a mature 13-14 year old would be fine with this book.

Would an adult enjoy We Hunt the Flame?

I think so. I did (and I’m 40 years old). A woman who enjoyed the Twilight series would enjoy this book, as would fans of the Hunger Games.

Do you recommend We Hunt the Flame?

I do. I think we are going to see a lot more out of this particular author, and I hope that one of her books eventually gets picked up for television/movie, etc. It would be nice to see this portrayal of a fantasy world, rather than just the same old same old we’ve been seeing for years.

Looking for more book reviews? I’ve been reviewing a lot more books lately as I have been reading them, so check out our book reviews section of the site for the latest and greatest.