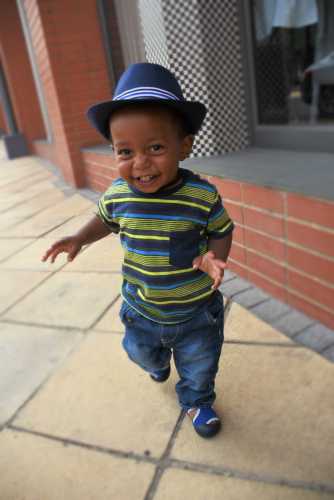 Once our son hit two years of age, I couldn’t wait for the diapers to go away. A friend’s son was potty-trained before he was two. Before. Yeah, I wanted that for my son too. Every single time I dropped a diaper in the garbage I saw money going poof. Gone. All wrapped in poo. I wondered, at what age do babies stop wearing diapers? I didn’t know.

All right moms and dads, who out there likes diapers? Buying them? Carrying them in the house. Or traveling with a hefty diaper bag. Not this mom, and I bet you don’t care for it either. I wanted our son to hop on the potty so bad. But was he ready? Or was I pushing my own agenda way too fast?

Throw those Diapers away

Let’s face it. Diapers are a huge inconvenience. For most of us, they are the one thing that will drag us out of bed or away from a good book late at night. The diaper run. I am guilty as charged. When we thought our son was ready to potty-train, we kept a small supply on hand. “Just in case.” Right. Just in case he had an emergency, or in reality, just in case we didn’t feel like being bothered.

Here’s what you should do. Begrudgingly, it’s what we did in our house. Throw. The. Diapers. Away. See you later. Gone as gone gets. Older babies and toddlers, they get us. They know when we are hemming and hawing. Our indecision clues them in to what they can and cannot get away with.

That stash of “just in case” diapers is their excuse to avoid the potty. Don’t confuse little ones with your own indecision. Go cold turkey as soon as possible. Trust me, you’ll thank yourself for it. Still not sure? Well, go out to the store at eleven at night. Buy some diapers. You’re welcome!

Is there a right age?

This is a hard question to answer. Simply stated, every child is different. Also, gender plays a big role too. Girls may be ready before boys. Kids in daycare or preschool will see their classmates using the potty and most likely will start to follow suit. Consider all these points when deciding if now is the right time to get your little one out of diapers.

To sum up, there really is no right age. The greatest mistake a parent could make on this issue is forcing it. I envied my friend. She was diaper-less so early and I desperately wanted that. But my son was nowhere near ready for going to his big boy pants. I had to remind myself that there was nothing developmentally wrong with his progress. Instead, I was the one feeling the peer pressure, or at least inferring that there was any pressure.

It’s easy to be concerned at later ages, say around four or five. It’s not uncommon for a child to wear a diaper that late. For most kids, they will be out of diapers by that time. By the time they are ready for kindergarten, all kids are typically out of diapers. If your child isn’t (yes, some kids hold out this long) the pressure at school usually wins over. Sometimes peer pressure has its positive side.

The Scoop on Poop

I know from experience that getting a toddler to pee on the potty is much easier than pooping. Been there? It can be a challenge. My son had horrible constipation early on. For him, pooping was painful. He would ask for a diaper and hide in a corner until he had gone. I was at my wit’s end with the behavior, not realizing that being constipated was the culprit.

Check out their poop. Does it look like rabbit turds? Is he passing a round mass of poop accompanied by loose stool? These are sure signs of constipation. Speaking with other moms, I learned that this issue wasn’t unique to our son. There are plenty of over the counter remedies to cure this issue. Also, many kids begin to become picky eaters at this stage. Your wonderful eater of all things green may now be on a diet of yogurt and cereal. Ease the fruits and vegetables back in wherever possible. I know, that’s another post and a fight for another day.

What if it’s something else?

When my son was constipated he strained to poop. The struggle there was real. It brought tears to his eyes. Fortunately, the remedy was easy to come by.

Talk to your child, ask them if they have pain when peeing or pooping. A urinary tract infection could send a kid crying for a diaper. Remember not to push the issue too much early on. Our own insistence could lead them to fearing that our approval would be lost. When our behavior impacts their decisions, we’ve gone too far. Sometimes walking those issues back is a greater chore than the actual potty training.

In the rare instance there could be an underlying medical or psychological cause. If your little one is in pain, ask questions. Check their diapers for signs of bleeding. It could be something as simple as a diaper rash. Apply creams and see if it resolves. There could also be issues with impaction if constipation is chronic. While this is on the extreme end, it’s not out of the ordinary in toddlers.

Take a moment to think about what is happening in your child’s life. Has there been a new sibling, a move to a new house, or an adjustment at school? These are just some of the more common causes of regression or potty-training issues. Consider the whole when trying to figure out the situation. If any of these events occurred recently, put off potty training until your little has fully adjusted to the change.

When you are both ready, get ready to say bye-bye to the diapers. Make it fun. Let him pick out his own underwear.

Our son is doing fine using the potty. Now if I could get him to put the seat down …

We publish all kinds of advice from our wonderful community of parents, grandparents, and caregivers. Check out one of these from one of our many community members: