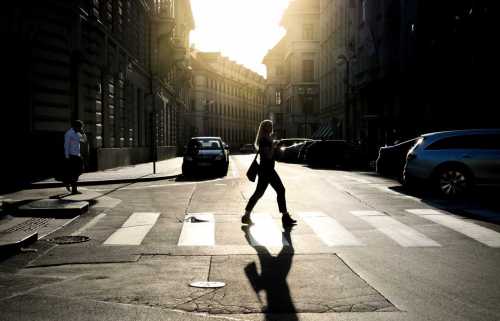 I bought a Fitbit for myself and my partner a while back, as a birthday gift to myself. I thought that we’d both enjoy tracking our activity, since we were both chained to desks at the time with professional jobs.

I had been struggling to get started on the post-baby weight loss journey, and I figured that having a Fitbit would help.

And boy, was I right.

That Fitbit showed me how much of a sluggard I really was. It was astonishing, how little I moved and how much I sat. I remember looking at the step count for the day, feeling absolutely flabbergasted that I had taken less than 1,000 steps in a day.

No wonder I was still as big as a whale.

(Please note, I wasn’t really whale sized. I just felt like it, because it had been many months since my child had been born and I was still wearing my ever so comfortable maternity jeans everywhere)

So I started walking more. I checked the Fitbit constantly to see my progress. I joined the “challenges” offered by Fitbit, and competed against my friends who also had Fitbits.

I found myself on my treadmill, even though getting on it had previously been impossible.

I was weaving back and forth while brushing my teeth, cooking dinner, I even walked around while I was reading.

The Fitbit did its job.

It got me active again.

I was walking a ton, even running. I stayed off the scale (because scales are the devil), but I was sure that all of my walking had to be doing something good for me.

But here’s the thing. The same drive and desire to beat the stats on a day to day basis quickly turned into something dark.

I was so attached to the rush of beating my stats from the day before, or prevailing in a head to head competition, that I actually got depressed and unhappy when I was unable to meet my goals.

I was checking it all the time, refreshing the stats all day long.

The Fitbit was all external….external motivation, external feedback, external responses positive and negative.

The Fitbit got me off my butt….not me. Not my own internal motivation, drive, or fire.

I got off my rear and walked to receive the dopamine rush of success.

And when I couldn’t get that external positive feedback, I lost my motivation to take those steps, and to get back into shape.

I also did harm to myself

So I was so obsessed with Fitbitting that I was stepping all the time. In my house, while brushing my teeth, all the time. But what I didn’t realize was that my feet and legs weren’t up for the job. In general, if you are going to go on a five mile walk outside, you’d wear supportive shoes appropriate for the walk, right?

But that’s what I was doing. I was walking around my home in bare feet, standing up for hours at a time with absolutely no support for my feet or ankles.

No surprise….I gave myself a case of planar fasciitis, an overuse/inflammation injury in the foot that I am very familiar with, as I have done it to myself before while training for a marathon some years back.

I knew I had to give up on almost all of my walking activities until I could get past the flare up. I knew from past experiences that if I didn’t treat it, and get ahead of it, I’d be suffering from foot pain for months or even years. (it’s not something you can ignore).

But I didn’t give up on Fitbit

I couldn’t. I was an addict. I was hurt, and hurting. And even with my foot pain, I was so addicted to that dopamine rush of getting all of my steps in and beating up my friends with my relentless walking.

But turns out, Fitbit gave up on me

After 12 months of stepping around my house, to the point of putting my foot into a boot, my Fitbit died.

The battery gave out. I had to keep it on the charger to work, and when I took it off the charger, there wasn’t enough juice to power it long enough to get any steps in.

My Fitbit obsession, as quickly as it began, was suddenly over.

I didn’t buy another one

When my Fitbit died, I didn’t go right out and buy another one. I was really busy at the time, and struggling to justify buying another one when my current one hadn’t really held up that well.

Without my Fitbit, I became aware of how much of my day was tied up into the Fitbit, and I started to realize how much of my mood in any given day closely followed what was going on with me and my Fitbit.

I felt a bit like an addict entering detox. I found myself reaching for it, to check it, to refresh the stats. I found myself weaving and stepping in front of the mirror, or while talking on the phone. I continued to receive requests for Fitbit competitions, which I couldn’t join.

To rest my foot, I reduced the number of steps I took in a day. And the old sedentary habits returned.

Turns out, I’m not the only one

When I gave up on Fitbit (meaning I didn’t buy another one) I realized that I was one of many people who had experienced something similar. The Fitbit had worked its voodoo magic on some of my friends as well, and we limped around during lunch together while trying to heal from our over-stepping injuries.

While I had acquired planar fasciitis, there are a host of other foot and leg problems that can result from walking too much, such as Metatarsalgia, Tendinitis, and others. (source) Many were much worse than mine, requiring more extensive treatment or even pain medication.

Everything is about balance

Yes, the Fitbit was really fun for a while. And it was really effective. It got me moving more than I had in quite a long time.

But I got out of balance. I was walking all the time, which I didn’t need to do in all honestly.

Instead, what I needed to do is to set aside some time each day to work out, whether it was walking, jogging, yoga, etc. And it would great to walk during other parts of the day, but not every second.

I also needed to focus on motivating myself, rather than relying upon a device or other people to get me moving. Long term, I needed to be the one to got me going. Otherwise any sort of activity that I did would be completely dependent upon the external motivation of the people or the device. As I found, it was only too easy to revert back to old habits when that external motivation is removed.

Now, in the absence of my Fitbit, I work on motivating myself, without something external.

I don’t count steps. Instead, I just make sure that in each and every day. I spend some time out of my office chair being active. I know that if I stay in my chair all day, that I won’t move enough. So I try to mix in short walks, housework, chores, any sort of moving around task, to get my blood moving. I also try and get some actual official exercise time in.

But I don’t focus on the stats, or let myself get obsessed,