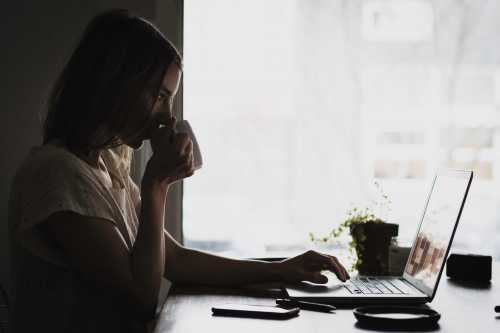 I committed in January of this year to blogging as much as I could on a personal level on this site, for several reasons. The primary one though I think is to get in the habit of letting out all the things that bottle up and I struggle to talk about.

Naturally, I am still pretty gun shy about going too deep into everything, I’m a fairly private person in general. While I won’t get in depth into my personal life, I will admit that there have been some challenges lately, and dealing with those challenges have taken me off my game a bit. To deal with it, I’m focusing a little bit more on physical health (eating better, trying to sleep more, working less), and trying to reduce stress inputs over all.

But what I will talk about at length in this post are my kids!

I really do think as parents, that it is important to talk about our experiences and share them, so that other parents out there can relate.

And I feel like things have been going pretty well with the kids lately.

My Second Son Challenges Me.

Have I talked in this blog yet about my second child? (I have three).

My second son is the one who gives me all of my gray hair, and his antics continue on a daily basis. He regularly has explosive emotional outbursts, struggles to control his body (meaning he hits, kicks, head butts, bites), and has a lot to say about everything.

He is also the most loving, funny, creative, hard working, energetic child, and I love him so much.

But lately though, I feel like he has been turning a corner a bit. Instead of just striking out when angry (or immediately destroying something), he has taken to grabbing his special blanket (that he has been attached to since he was around a year old) and going to his room with it to lie down.

While I don’t like that he disengages and hides away, I do like that he has found an alternative way to handle the big feelings he is having. I much prefer him going to his room and being safe with his body, as it makes it much easier for me to set the other kids to doing something away from him so that I can go talk to him.

Before I was having to restrain him at times, to keep him from hurting himself or someone else.

Now, these outbursts didn’t happen every day or all the time, but when they did, they were big and fairly traumatic for both of us.

So while he did get written up at school recently, overall his behavior at home is becoming less explosive.

He does challenge me a lot, and we are having a lot of pus and pull struggles over who is in charge and whether he has to do what I have asked him to do.

My Daughter is Joining Him.

My daughter (the littlest) is starting to push the limits of what she can do. She will be turning three shortly. I’ve enjoyed many months of “easy” time with her, as she has generally been simple to handle. In most instances, she just rolls with the punches and is happy to be with everyone else.

While this makes life a bit harder, I recognize now after going through it with two other children that the limit pushing is a normal thing, and that it it will continue.

I also recognize that limit pushing is a sign of her advancing development, and rather than looking at it in a negative way, her getting into trouble, telling me off, lying, and all the other joyous things kids aged 2-4 do, are all actually signs of a healthy developing brain. Frankly, you should be worried at this age if your child doesn’t push any of your buttons at all.

My oldest son becomes easier and easier every month that goes by. We still struggle with getting ready in the morning, and he doesn’t like to be responsible for things himself. Case in point….last week we were packing up to go to the park.

I asked him to put his bike by the car, and he said he would, but then got distracted. I saw that he hadn’t gotten his bike, but chose not to remind him or do it for him. Then in the car, on our way to our destination, I let him know that we didn’t have his bike.

I expected a meltdown and a demand to go back and get it. While he was upset, and he did demand to know why I hadn’t just done it for him, he eventually understood and agreed that he was the one responsible for getting it, and the tears dried up pretty quickly. He went on to have a great day without his bike. We’ll see though if he remembers it next time!

My Eldest Child is Headed For TAG?

My oldest son is currently in the process of being tested for the TAG (talented and gifted) program. I have mixed feelings about this. While I had positive experiences in the TAG program as a child, I am pretty sensitive about putting labels on kids about things that they can’t control (like how smart they are).

I think hard work is the key to success in our world, and so to pull him out of class because he is “smart” is great for his development, but harms a bit a lot of what I have been trying to teach him.

I do recognize that my son is capable of doing much more than the teacher in his regular class is able to provide him (especially in the subject of math), and I feel hopeful that if he is approved for the TAG program, he’ll get more advanced instruction.

He is also obsessed with chess right now, which I love. I spent a bunch of time two years ago (when he was five) teaching him how to play chess. People around us (like his grandparents and even his dad) thought I was crazy and wondered aloud why I didn’t start with checkers.

I just thought at the time that my son was capable of playing chess, and that it would be good for him to be challenged. I also wanted him to work more on thinking and strategy, and to teach him about losing.

Chess has been a huge success for some many reasons since then. My son is not a master player by any means, and I beat him in all the games we play. But his growth is fun to watch as he learns to look ahead two moves, then three, and then four. Now he understands and can see the board….and he knows when things are going downhill for him, or when checkmate is imminent (though still many moves away).

He doesn’t quit games because he is losing, though he understands that the game is lost. Instead, he quits because he wants to start over and try again, which I love, love, love.

Chess gives us the opportunity to talk about how important losing is to growth, and how you have to be bad at things to become good at things.

My second son isn’t taking to chess nearly as well as my eldest. He is very sensitive about being bad at things and about losing. Since his reactions have been explosive, it has honestly been hard for me to get super motivated to challenge him as much as I probably should.

But with his growth lately, I think it will become easier to do.

For example, last night I purposefully pulled out a book about dinosaurs that I knew was beyond his reading capabilities. I sat with him, and helped him read it. The first part of the exercise was pretty terrible, to be honest. He abused the book (calling it dumb, stupid, too hard). He flopped around on the couch.

I kept my cool (go me) and stuck with him. As an incentive to work through the book, I dangled a trip to the neighbor’s hot tub. He came back, though his attitude still stunk, and continued reading the book with me.

I helped him liberally, and we read some of the passages multiple times as we covered words that were new. By the end of the book, he was reading almost all of the words, many of which he had just learned. When we closed the book, he was excited about his progress, and felt proud of himself.

The same thing happened later that night, when I sat down to read a simple book that contained some discussion about division concepts. He threw the book, and then tried to hide it, saying that math was too hard for him, or boring. I managed to get the book from him, and we read through it. There were several “problems” in the book that he was able to do easily….which surprised him. At the end, he told me that the book wasn’t actually bad at all, and that the math in it was kind of fun.

I need to spend more time with him trying new things that are hard, with the goal of struggling and then overcoming. Resilient kids aren’t born….they are formed, they are made.

Since we as parents are now expected to be helicopters, constantly hovering over the kids to keep them safe from the bad guys (or self-righteous middle aged women bearing cell phones), I think we are often too involved in the growth and progress that previously belonged to the children on their own.

I think both my middle and youngest child need to be challenged and fail a lot more, and I think my eldest is on the right track.

To help my kids learn go overcome struggles, I need to find ways to make things harder for them (age appropriately, of course). For each family, this is going to vary, but it could look like:

Anyway, that’s the brain dump of what’s on my mind today. I’m recommitting as always to being the best parent I can be, and to work daily to improve myself as a person (both as a parent and as an independent human being on my own).

What’s going on in your life? I’d love to hear more about your personal challenges and struggles. Let me know in the comments section below.