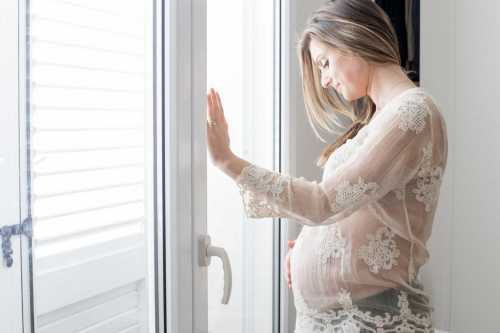 How can nursing possibly start labor?

When the nipples are stimulated during breastfeeding, then it will cause the body to release oxytocin. This is a hormone that can stimulate labor. (After all, pitocin is a synthetic form of oxytocin, and if you didn’t know, pitocin is one of the drugs you might be given by your doctor to start up your labor).

All women experience mild uterine contractions while nursing, though in almost all cases, the contractions are too mild for the mother to notice. (As a pregnant and nursing mother, I did notice a strange feeling of agitation during breastfeeding sessions, it was very strange and unexpected).

You’d think that it wouldn’t. However, women who are past their due date have often been told to try using nipple stimulation to induce labor. It is actually a fairly common practice around the world.

In fact, in Japan, as much as 50% of women utilize some form of nipple stimulation to try and induce labor. This sounds like a lot of women, doesn’t it, who are trying out something that isn’t supposed to work or is just an old wives tale!!

In one study, several women in low-risk pregnancies at 38-40 weeks gestation were asked to submit to manual stimulation of their nipples for a set amount of time each day. The women were asked to undergo the procedure for 15 minutes at a time, spread out throughout the day, for a total of 60 minutes per day. This was done for three days. The levels of oxytocin was measured from saliva samples produced before and after the stimulation.

In about half of the women, stimulation appeared to have increased as a result of the procedure, but in all of the cases where it did increase, the major increase did not occur until the third day of the planned procedure, where it did then rise fairly significantly.

Further, in high risk pregnancies, it is often recommend that you stop breastfeeding to avoid preterm labor. Again, this conflicts with the articles that are floating around the internet about how breastfeeding can’t cause enough oxytocin to be released to cause labor.

From the the information out there and the recent studies on this topic, it seems as though breastfeeding could be used to help induce labor, if your body was otherwise already ready to deliver the baby.

Let’s think this through

I’m not a doctor, so definitely don’t treat this article as such. I’m a mother of three kids. I nursed a baby through a low-risk pregnancy, and I didn’t go into labor early. In fact, I really can’t see any connection at all between nursing my baby and going into labor.

I have to wonder, was it the amount of nursing? Did I not nurse enough to have the effect on oxytocin that the studies did? Or was it that I was ALREADY nursing consistently, and continuing my regular nursing did not cause an unusual spike in oxytocin?

Can you see how I have reasoned myself into a new theory here? Is it the SPIKE in oxytocin that causes labor, not just the regular presence of it in the body? The study I cited above didn’t mention anything about whether the women who participated in the study were nursing. In fact, I suspect that none of those women were already nursing.

If you wanted to cause labor by nursing, perhaps you’d have to nurse an extraordinary amount more than usual to cause that spike in oxytocin. After all, the body needs some kind of signal to get the labor train started. If the same flag has been waving for the past 40 weeks, waving it again is unlikely to cause the body to do much of anything.

This scenario also suggested that there are some other things that need to happen to the mother’s body BEFORE the release of oxytocin can activate the labor process. It is just like the body knows that the baby isn’t ready to come out yet in response to the oxytocin, and waits to kick start labor in response to the chemical until the body is ready for delivery.

Humans are amazing machines, aren’t they.

What are your thoughts on this? Let us know in the comments.

Okay, I’ve got an update with a better resource for you to check out

EDIT: As usual, Kelly Mom does a way better job of looking at this issue that I did in this article. In fact, as I was updating this article, I came across Kelly Mom’s version of it, and I think you should stop reading now and head over there and see what her take is on it. Here is is: Safety of Breastfeeding During Pregnancy

But before you go, check out another article written by one of our community contributors:

You could also consider joining our community of contributors. Check out our FAQs page for more information about writing for Mom Advice Line.