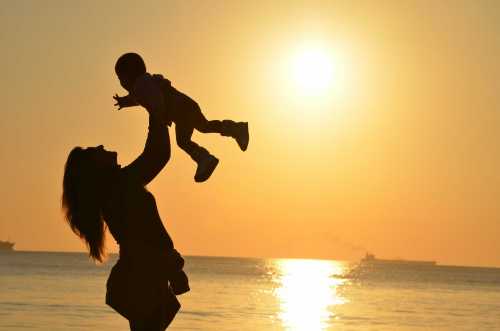 Alcohol and your bloodstream

Small vessels carry the alcohol absorbed to the bloodstream, where it can then circulate around the body.

Alcohol enters and exits breast milk as it enters and exits the bloodstream. Thus, if you consume alcohol but no longer feel any effects of the beverage (and sufficient time has passed to process the alcohol out of your blood), then your milk will also be free of the intoxicant, even if you haven’t pumped or nursed.

Generally, levels of alcohol in breast milk crest at close to an hour after consumption, though this can fluctuate depending upon the individual characteristics of the person, and the circumstances. (For example, how much the person weighs, what alcohol was consumed, how much was consumed, how it was consumed, whether food was eaten, etc impact absorption rates).

You may have heard about mothers who “pump and dump” all the milk in their breasts after an outing of drinking. If the mother hasn’t consumed alcohol for several hours and no longer feels the effects of the alcohol she consumed, this is probably just wasted effort and wasted milk. Pumping and dumping does nothing to speed up the elimination of alcohol from the body.

Although, if the feeding is going to be missed anyway (and baby will receive previously pumped milk or even formula instead), it is good to pump and dump to make sure that the breasts don’t get engorged and continue to make the normal amount of milk the baby needs.

Impact upon the baby

If consumed in large amounts, all alcohol, including beer, can have a negative impact on the baby. These may include infant development (length and weight), weakness, drowsiness, and very deep sleep. In most cases however, significant negative impacts were seen in situations where the alcohol consumption was excessive.

However, there has been at least one study which showed that infants whose mothers drank lightly (but consistently) slept less than infants with mothers who did not drink.

More and more studies are showing that drinking a reasonable amount of alcohol won’t have a negative impact on the nursing child. This is because very little alcohol actually passes through into the milk that is given to the child.

A reasonable amount would be up to one drink a day, and the mother needs to make sure to wait at least two hours after drinking before breastfeeding. As noted above, reasonable amounts are okay, but high amounts of alcohol can damage a child’s growth and development.

If you want to have a drink, it might be best to consume it directly AFTER breastfeeding, so that the alcohol has plenty of time to work its way through your system and clear out of your blood and your breast milk.

New studies have shown that alcohol actually inhibits the release of oxytocin (meaning stops it or causes it to do release less). As you may (or may not) know, oxytocin is a critical hormone in the nursing of your baby. Without oxytocin, your milk is not efficiently or consistently released from the breast.

In one study, presence of alcohol in the blood completely blocked the release of oxytocin. Thus, if you are thinking that drinking a beer will help you nurse your child, you might want to think again. Drinking alcohol might actually make it harder for you to effectively nurse your child.

It is safest to avoid alcohol while breastfeeding, especially if you are going to be co-sleeping. Any amount of alcohol can negatively affect your ability to respond to your child and may cause you to sleep deeply and not wake up when needed.

I hate to even think of this, but parents who drink and sleep with their babies are at a greater risk of rolling over onto their infants in that deep recovery sleep.

Alternatives to having a drink while breastfeeding

Missing out on having drinks while everyone else is enjoying one? Get yourself something special too, like:

Caffeine can pass through breast milk to your baby! You have to drink quite a bit of coffee to cause the baby to be jittery. But just know that it is possible, and if you notice that your baby is fussy if you nurse her after having coffee, the caffeine in your coffee or tea could be the culprit.

But before you go, check out another article from our community of contributors:

Want to become a contributor? Check out our FAQs page for more info.