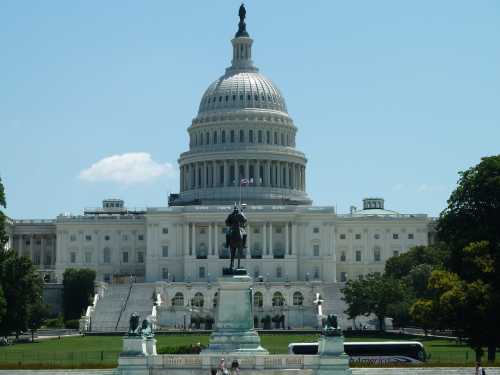 As the latest political contest heats up (you know what I am talking about, I don’t even have to say), the conversations about politics have also increased. In the news, on social media, in line at the grocery store, with friends over coffee.

The world is pretty sensitive right now, and it seems like you can never say just the right thing.

I take the position that levity is an essential part of processing and dealing with stress.

However, I also take the position that civil discourse (meaning talk to each other) about our differences, is necessary as well.

As such, this list includes some funny responses to political texts, as well as others that are simple and quick, without crossing the line to something jerk-worthy.

I admit, this is a fine line, and you’ll have to tell me when you think any of these responses have crossed it.

But First, Should You Respond to Political Text Messages at all?

Most of us find political text messages annoying. Many times they ask for your support for a particular candidate.

We might choose to ignore them, block the origination number, or even respond and ask them to leave us alone. These text messages have multiple purposes. These include:

As you make decisions after receiving a political message, the first thing you need to decide is whether you want to respond at all.

Remember, by sending a message in return, even something funny or irreverent, you are providing information in some form to the original sender (and the political party).

This may not be something you care about at all.

The first step (as we talked about above) is to decide if you want to send any reply at all.

The next step is to decide if you want to send information confirming what you believe, or to keep things funny and very, very vague (or even make attempts to sabotage by providing incorrect data).

Third, once you have decided what sort of information you want to convey, go for it.

Let’s say that you don’t care if the politician collects data about you (even if it isn’t good or useful data).

I really hate getting sent text messages from politicians that I didn’t sign up for. Here are some of creative ideas for what you can do when you receive one:

Other simple one line responses:

What are your favorite go-to responses to political text messages? Let us know in the comments section below.